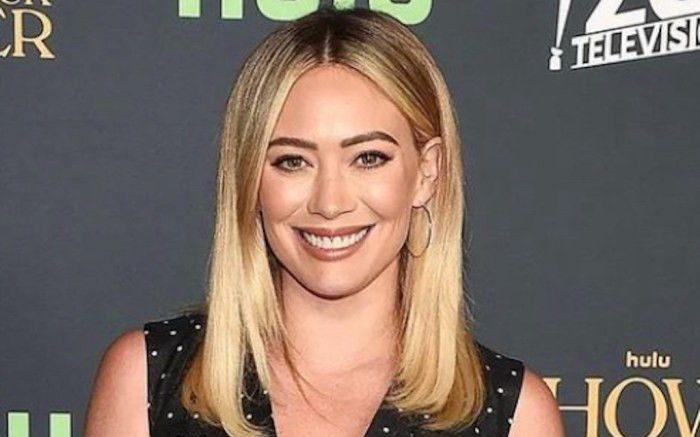 Hilary Duff joined several women over the weekend for a girls’ trip.

The “How I Met Your Father” actress posted to her Instagram on Sunday with an array of photos and videos from her weekend. She joined several other women, including Ashley Tisdale and Meghan Trainor for a mom’s weekend away spent north of San Diego, Calif.

In a group shot, the women all dressed comfortably and most wore matching white sweatpants and hoodies. Duff opted for the white sweats, but she added a gray tank top to her look and wore an oversized chunky knit cardigan on top. She added gold jewelry including a necklace to her look, and went without shoes for the casual group shot.

When she does wear shoes, Duff’s footwear style varies between glamorous and contemporary. The “Cinderella Story” star often wears platform sandals by Prada and Jimmy Choo on the red carpet, and she also regularly dons pointed-toe pumps by Aquazzura and Le Silla to formal events.

Her daytime looks also tend to feature ankle boots by Christian Louboutin, Gucci and Tibi. When off-duty, Duff is known to wear comfortable mules from brands like Rejina Pyo and Wandler, as well.

Aside from her chic shoe style, Duff has also dipped her toes into the fashion world over the years as a collaborator with DKNY Jeans, Smash + Tess and Kohl’s Candie’s brand. She also worked on her own teen line, Stuff by Hilary Duff, at Target from 2004-2009.