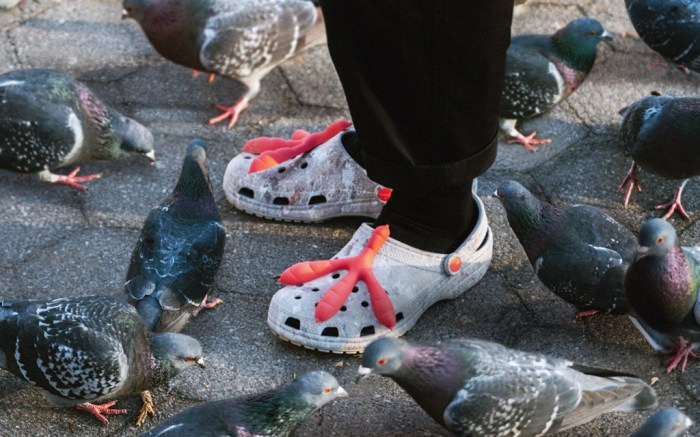 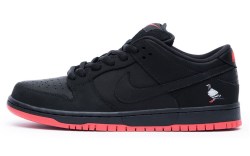 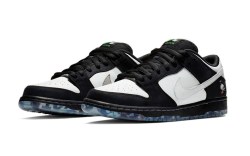 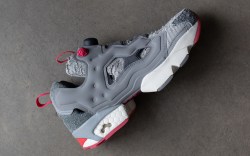 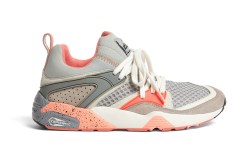 Jeff Staple’s output as a collaborator is nothing short of legendary.

His work in the sneaker space is well-known, which includes collabs with powerhouses Nike, New Balance, Puma and many others. But Staple’s efforts outside of sneakers, with companies like Crocs and Cole Haan, were also hits with his fans.

“Adidas always said like, ‘We would love to collaborate with you, but the immense shadow of your collaborations with Nike makes it somewhat difficult to do it.’ People don’t know, but the time that I served as creative director for Extra Butter, I got to play a lot with Adidas. The Adi team was like, ‘This is awesome because we would love to work with you, but now we have that one extra layer of buffer because it’s under the guise of EB.’ We did a whole bunch of Consortium product — the Alphabounce ‘VO2 Max,’ we did a film together for the Nite Joggers [‘Never Too Late’], and then we did the Cricket series. It was [Bernie Gross and I] together. I was the creative director, Bernie was the art director.”

“sneakers Converse talla 45 Allbirds [shoe]. I just love making lefts when everyone else is making rights, you know what I mean? Doing things that are out of the box, not the norm, and just pushing the envelope on where this culture can go. To me, what they were doing on an environmental basis and a business basis was so admirable and dope that it was a shame they weren’t getting love in my community, the world of sneakerheads.”

“Clarks was definitely a dope one, to be able to do three shoes — the Wallabee, the Tawyer [Twist] and the Tawyer Helix. I spent a lot of time out in Northern England, at their headquarters and original facility. The Wallabee is a childhood classic, a hip-hop classic, and being able to do something with them was amazing.”

“BOSS Titanium Sneakers Schwarz Boots à Lacet Gris Crocs because five years ago, as a sneakerhead, you wouldn’t be caught dead outside with a pair of Crocs on. The transformation of that company has been amazing to witness. And then just being able to add my two cents into that story of Crocs becoming a legitimate sneaker player is really dope. I’m so happy with what we did. The largest Jibbitz ever made history — I’m actually in discussion right now with Guinness Book of World Records about having the largest Crocs Jibbitz ever made. Shout out to Salehe Bembury, that was his idea. Salehe was like, ‘You need to hit up Guinness about this,’ and I was like, ‘Of course.’ I hit them up, and we’re in talks right now.”

“I grew up in New Jersey, I went to public school in Jersey. If you grew up anywhere within an hour of New York City, there was that year in, like, ’91, where every cool kid that meant anything in high school Sneaker Oro Breanna — the mustard Ewings, the [New York] Knicks-color Ewings. That was such an iconic shoe from an iconic player — and his own shoe. This is a man who had his own sneaker brand in the ’90s. That’s pretty amazing. I vividly remember those high school days of seeing the kids in the Ewings and being super jealous. I never had a pair in high school, but we got my brand to the point where Ewing is like, ‘You’re a New York classic brand, we’re a New York classic brand. Let’s come together now.’ That was also the first collaboration where we did infant and children’s sizes. I wanted the full family of that one.”

“We did the Jordan ‘Step’n Out’ Jacket. It was like a varsity jacket inspired by the [Air Jordan] 11. I recently put on my Instagram an anecdote where maybe the biggest mistake of my career potentially was when Jordan asked me to do a [sneaker] collaboration, and I said yes. In the meetings, they said, ‘We want you to work on this new shoe that we’re doing called the Jordan Nu Retro Low.’ I was like, ‘Not the 1? Not the 3? Not the 11?’ They were like, ‘No, this new one.’ I deliberated like crazy with myself, and I ultimately declined a collaboration with Jordan because I didn’t like the style they wanted me to work on. The reason why I say it could have been a mistake is because that could have been the entrée into a long series. That shoe could have been my foot in the door into the Jordan world and been the runway to future stuff. The jacket came later. Shout out to [former Jordan and Nike exec] Reham Habib, who was at Jordan at the time — she’s amazing. People don’t realize that when you collaborate with a brand, you’re not collaborating with the whole f**king company. You’re collaborating with the five people in the company who like what you do. And if those five people leave, and the five new people who replace them don’t like what you do, guess what? You’re not doing collaborations. Reham was always a fan of Staple and what I do, and she was in charge of apparel at Jordan. She was like, ‘Let’s do something.’ It sort of bypassed the people who still remembered the guy who said no to a Jordan [shoe] collaboration, and I thought it was a nice way to be like, ‘Look, here’s the olive branch. We’re friends.’ But no, that did not work at that time — but hopefully one day.”

“New Balance, there’s an amazing history with them —  the OG gray New Balance, the ‘White Pigeon’ [575] is a beautiful shoe, the ‘Black Pigeon’ [577] that we did in collaboration with Size? in the U.K. and then the latest New Balance X-Racer, which we did with Atmos in Japan.”

“I’ve probably done 20 different things with Puma, between footwear and apparel — and the Interval collection. Puma and I have had a great collaboration history and we have way more stuff coming in the future. If I had to rank my most favorite, just as a sneakerhead, it’s probably the Blaze of Glory. I just love that silhouette. I love the Suede and the Clyde as well, and I’ve been loving it more recently. I’ve been seeing a lot of New York ‘heads this summer wearing the Clydes and it just looks so fresh on. But the Blaze of Glory, it hits my inner sneakerhead child.”

“We have three Reeboks coming out. The [Instapump] Fury with the feathers is my favorite one. It’s been 25 years and we’ve never collaborated with Reebok. I used to actually work on a lot of Reebok design stuff as a consultant back in the day, did a ton of Allen Iverson printed materials, books, photo shoots — shout out to Gary Land, who was the photographer for Iverson for pretty much all his career. We did a ton of stuff with Reebok back in the day. But to finally be able to put a pigeon on a Reebok, it took 25 years. We also have a Club C and then we have a secondary, sort of friends-and-family edition of the Pump Fury — it’s beautiful. It’s black and white, and it’s got their vector logo oversized across the entire side of the shoe with the pigeon on the back.”

“[RTFKT] is a Web3 project, a NFT metaverse project that got wholly acquired by Nike [in December 2021], so it’s the newest division of Nike. Super honored to have collaborated with them, and we’re going to do more stuff, for sure. We did an NFT, we did a digital sneaker and then we did a physical sneaker that you can get if you own the digital sneaker. It’s great that it occurred in the 25th anniversary of Staple because you’ve got to remember when I started Staple in 1997, I didn’t have an email account. This is pre-internet that I started this brand. For me, personally on a real selfish tip, the fact that I grew a brand from pre-internet era to e-commerce to social media to now the metaverse — and to still do amazing s**t in this new frontier that, in my opinion, is representative of the next quarter century of the way we’re going to experience things — is awesome.”

“Not just the amount of amazing product that we did with Timberland — from the wheat [6-Inch] Boot to the Field Boot to the ‘Polar Night’ collection, which is one of my favorite shoe three-packs that we’ve done — but we also did a ton of behind the scenes projects. I’ll call them consulting projects. Little known fact: I connected [Timberland executive] Andy Friedman with [Supreme founder] James Jebbia. I forgot the year, but it was probably like 2007. Also, the Wu-Tang/Rza Timberland 6-Inch boot, I was responsible for that one. With Supreme, I just made the connection, but with Rza, I actually designed it with the Rza because he’s not a designer. There’s a lot of great love and history with the Timberland brand. They used to have a space down in the Lower East Side called 15R, which was sort of their design lab. That was my and Andy Friedman’s creation. And not to mention Construct:10061, which is their new innovation [that launched in 2019]. For the first two years of it, I was the storyteller and the voice and sort of the moderator of that entire thing. They had artists and craftsmen go down to the Dominican Republic to work with their old-school craftsmen and make innovative product in the DR.”